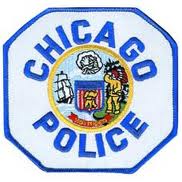 Last week the Chicago Police Department informed members of the 19th District that 03 March 2012 will be the last day the current 19th district facility will be used by the officers who patrol this area.

Beginning on 04 March 2012, all police matters that involve the 19th district will be addressed at the police station located at 850 W. Addison. This facility will be the home of the newly redistricted 19th district that will include both the former 19th district and the 23rd district. This will result in one police district with the following boundaries:

As a result of this combination of districts, all the current beats will be replaced by new beats with new boundaries and beat numbers. The beat meetings that have already been scheduled for 19th district residents will continue to be held through June so you can be informed as to your new beat number and beat boundaries, along with providing you with any other information as it becomes available.

As of today, the department has not announced who the Commander of the new 19th district will be. The current staff of the 19th district Community Policing office should be available at the new station to assist you as they have in the past with any community issue. The phone number to the Community Policing office is 312 744 4247. The phone number to the new district desk is 312 744 8320.

Finally, I will not be assigned to the new district. It has been a pleasure to work with you in our combined efforts to address the issues in our community and I am proud of the success we have been able to enjoy. I hope each of you remains active in your community and continues to work with your new district’s Community Policing office to ensure your district remains the great place to live that you have made it….

We’ve added a “My SLN” feature to the website. At this time, it allows you to view and update your contact information and view your membership history.

To set yourself up to use it,

Now that you have a password, please proceed to login. In the future, you can just click on the “My SLN” link on the menu to access your SLN info. Once we’d proved this out, we’ll have the ability to add “member only” content to the website and provide better members services.

If you run into any issues with this, please email “webmaster@slneighbors.org”. Thanks.

For 2022-2023, meetings are held the first Tuesday of September, October, and November, and the second Tuesday of February, March, April, and May.  Meetings start at 7:00PM. (Beverages and conversation start at 6:30.)

South Lakeview Neighbors' newsletter is published in the months we meet.